Nebraska and World War I

Nebraska Base Hospital No. 49 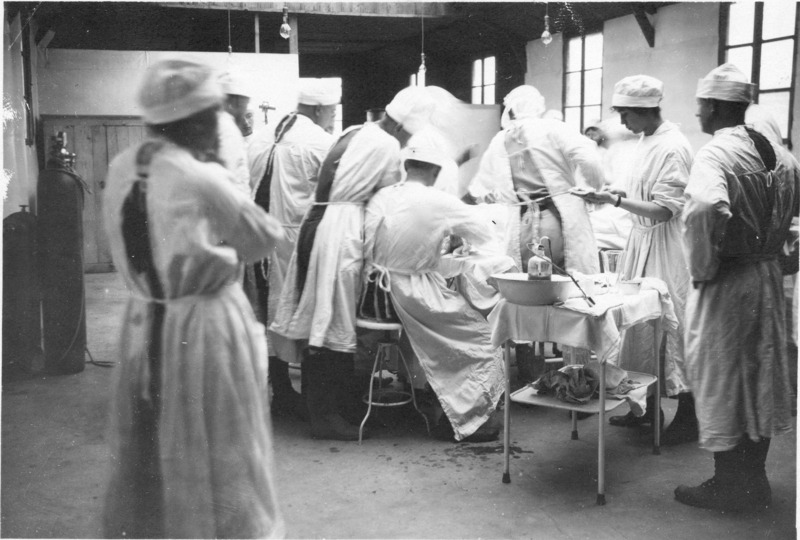 Many physicians and nurses from UNMC enlisted for service and were stationed at Base Hospital No. 49. 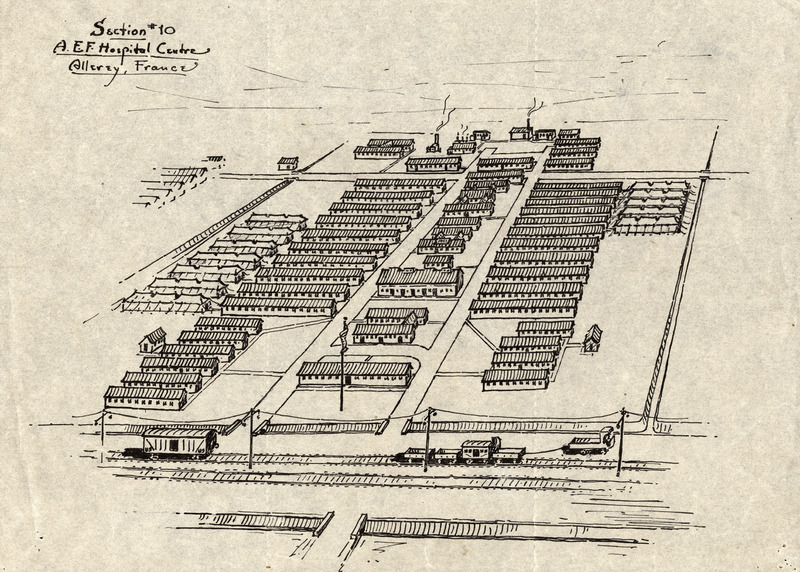 Part of the Hospital Center at Allerey, France, c. 1918

Nebraska Answers the Call to War

Although World War I started in 1914, the United States did not join their allies on the battlefields until Congress declared war on Germany in April 1917. However, as early as January 1917, Irving S. Cutter, MD, and August F. Jonas, MD, were preparing UNMC for active military duty. Drs. Cutter and Jonas attended a conference in Washington, D.C., on January 6, 1917 about the types of training medical schools could provide to prepare students for service. The U.S. War Department estimated a need for 20,000 physicians overseas, a need that Nebraska physicians and nurses prepared to fulfill. Upon declaring war on April 4, 1917, the U.S. rallied to military service and support. In one month, Nebraska had 34 American Red Cross chapters providing supplies, training for first aid, and had raised financial support for the creation of Base Hospital No. 49. Meanwhile, physicians and nurses enlisted, preparing for service overseas. 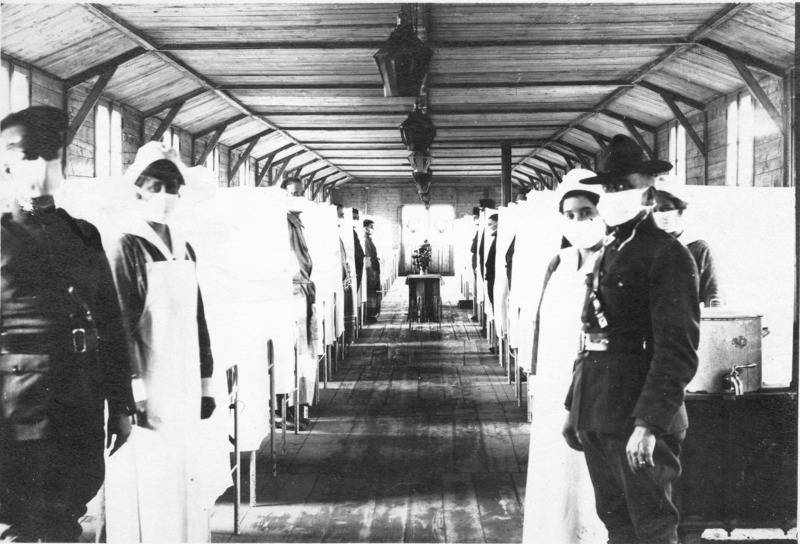 Dr. Bridges, MD, chief of medical service, (pictured right) stands with staff in one of the base hospital wards.

Nebraska Base Hospital No. 49

A partnership between UNMC and the American Red Cross

The first 50 overseas hospital bases were organized in a joint effort between the American Red Cross and private individuals and organizations. UNMC initiated planning for Base Hospital No. 49 with the Red Cross in September 1917. Through the Omaha Ambulance Company, established by UNMC for active service preparedness, 30 physicians around the state garnered support and funding for the hospital. On March 25, 1918, Base Hospital No. 49 mobilized in Omaha and personnel arrived at the facility in Allerey, France, on August 3. The complex consisted of six bases that split cases based on specialties. Base Hospital No. 49 handled serious surgical cases, influenza and pneumonia, psychiatric patients, and otolaryngological (ears/nose/throat) cases.

Anna Amgwert Doidge, RN, from Murdock, Nebraska, was one of many women who answered the call for nurses during World War I. She served for a few months stateside before transfering overseas with the U.S. Army Nurses Corps. Doidge served for 11 months at Base Hospital No. 49 and returned to the U.S. in July 1919. 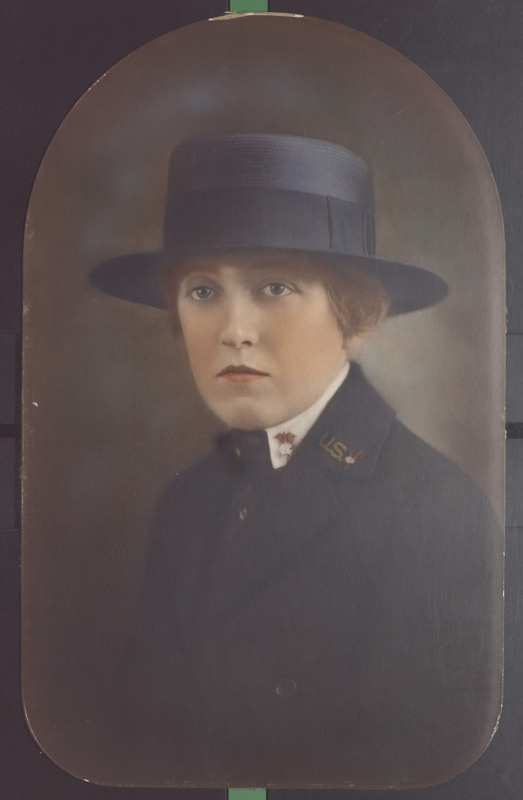 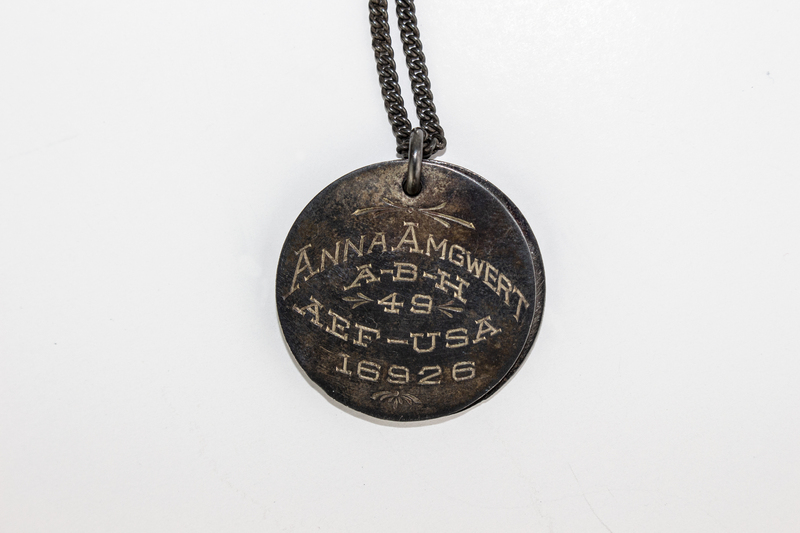 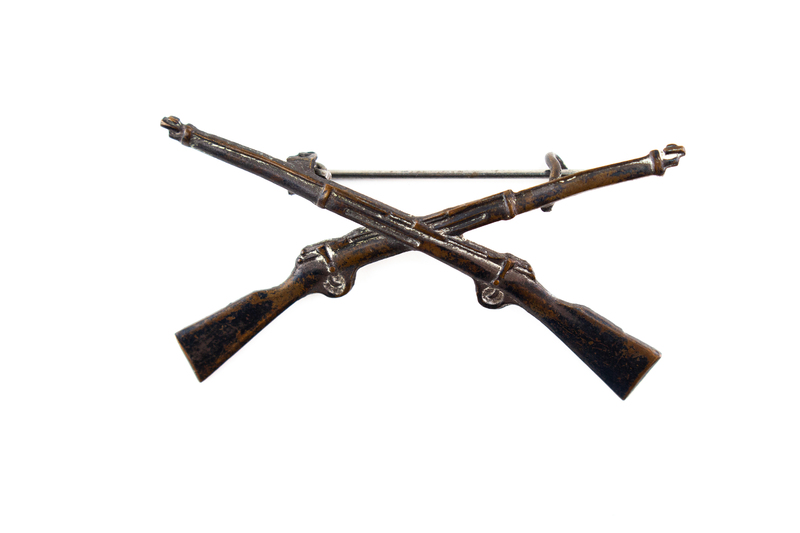 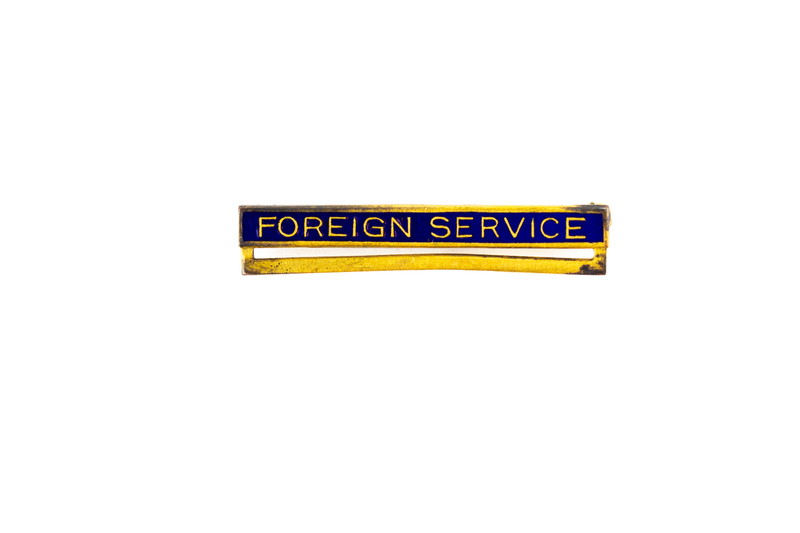 While the armistice ending the war was signed on November 11, 1918, Base Hospital No. 49 continued to operate through January 20, 1919. With the war over and hundreds of patients waiting to transfer home, it seemed fitting to celebrate Christmas on the base. This menu details the festive meal and lists the officers, nurses, and enlisted men on site for the holiday. 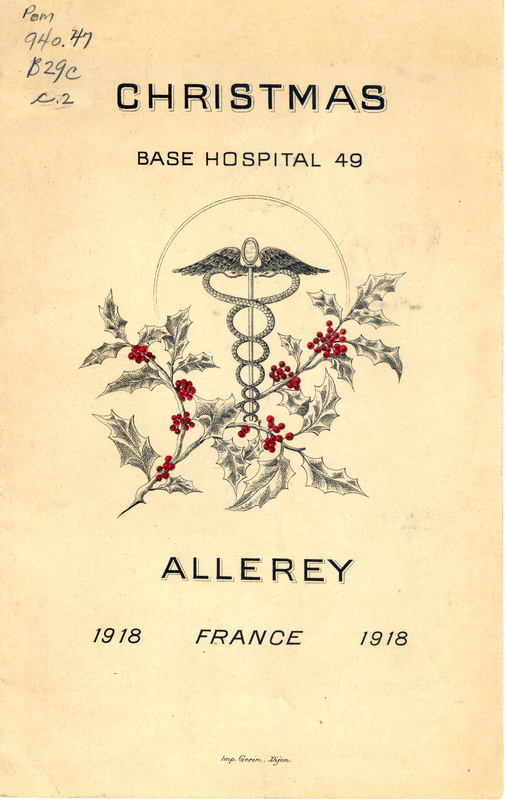 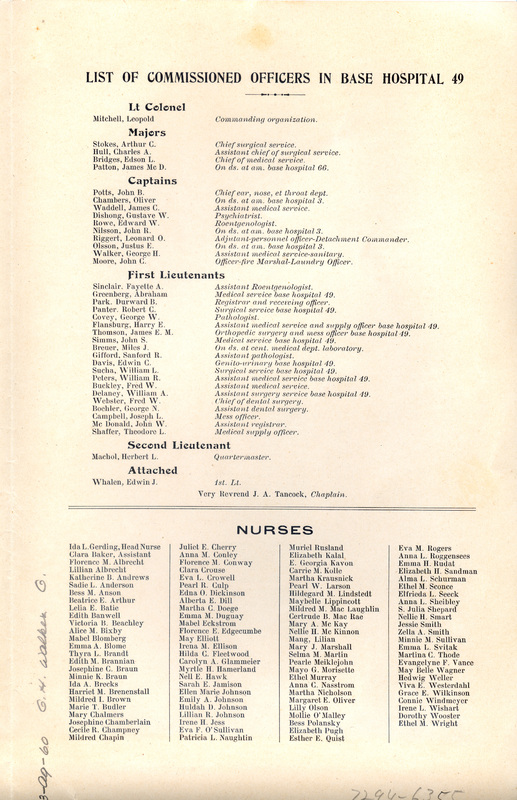 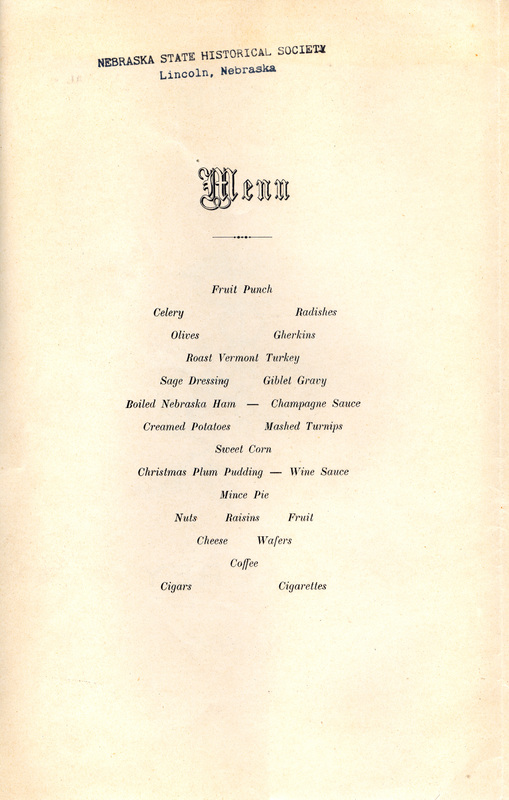 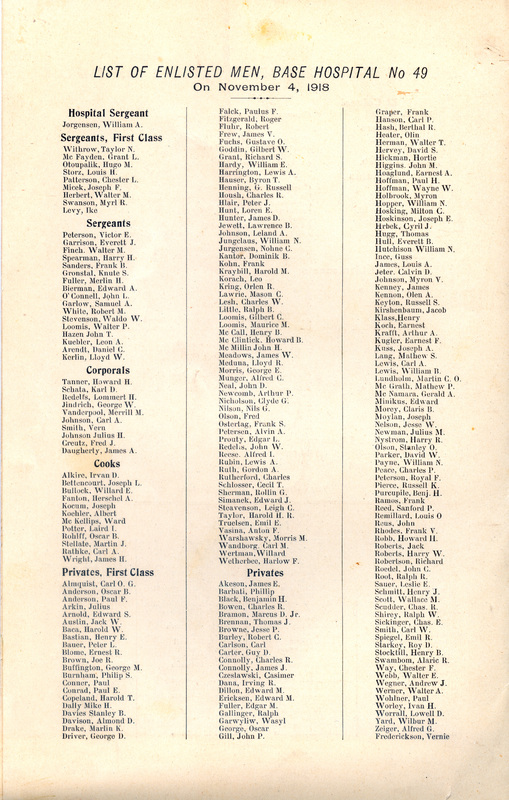 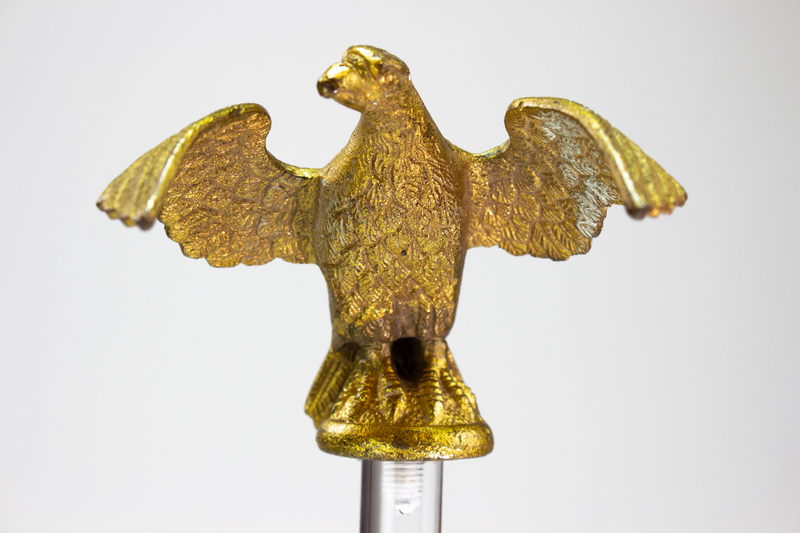 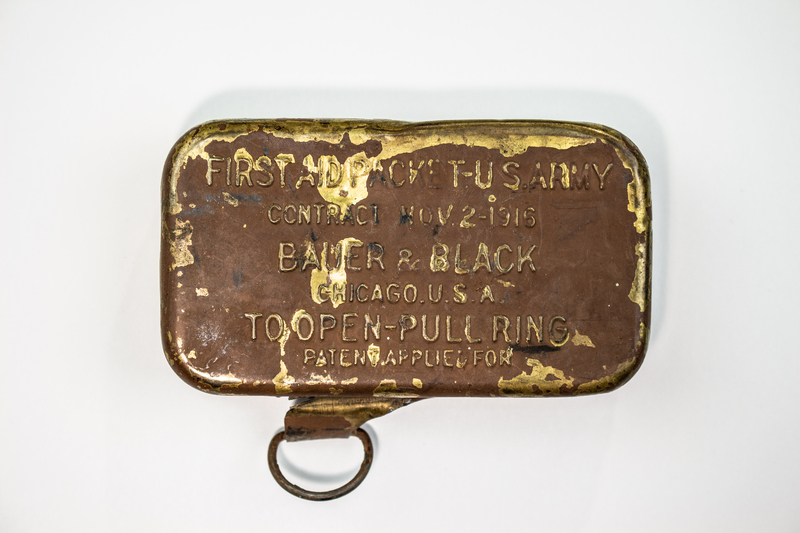 Founded in Chicago, Illinois, in 1893 to produce surgical appliances, Bauer & Black Company received a contract to produce first aid kits for the U.S. military during World War I. These kits contained two sterile bandages and safety pins for securing the wrap. The kit was standard issue to all soldiers serving overseas. Due to medical advances and new weaponry developments during the war, these kits became obsolete for treating frontline wounds.

Learn more about Base Hospital No. 49 and those involved from a 2017 article by Marilyn Irvin Holt in Nebraska History, courtesy of History Nebraska.

Located in Kansas City, Missouri, the National WWI Museum and Memorial is America's leading institution dedicated to remembering, interpreting, and understanding the Great War and its enduring impact on the global community. Discover more about the history of World War I and Nebraska’s involvement via the National WWI Museum and Memorial’s online collections database.