After the American Civil War, homesteading was encouraged by the federal government. Residents of new towns and settlements needed doctors and medical care. In the late 1800s and early 1900s, it was common to be the only physician within 100 miles and care for several hundred patients. Doctors treated a host of conditions, from dysentery to toothaches to mental illness to traumatic injuries. Barter was a common payment method for physicians' services. Rural doctors' hours were long—very long—and usually involved traveling in every variety of extreme weather. 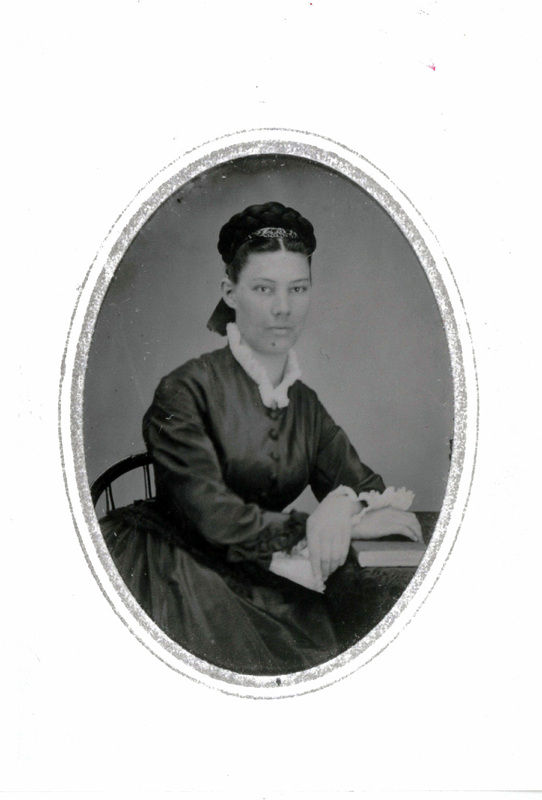 Georgia Arbuckle Fix, MD, from Estelle Laughlin’s biography of her life in the Nebraska Panhandle, 1892

Born April 16, 1852, in Princeton, Missouri, Georgia Arbuckle Fix, MD, came to Omaha under the guardianship of her family’s physician. Encouraged by him to study medicine, Dr. Fix enrolled in the Omaha Medical College and graduated in 1883—the only woman in her class and the college’s first female graduate.

Dr. Fix became Vice President of the Douglas County Medical Society in 1884 and practiced in Omaha for three years. In 1886, she followed her family west, settling in Gering, Nebraska. There she married Gwen Fix, but they divorced a year later.

The only physician in a 75-mile radius, Dr. Fix was a well-regarded healer and had a dogged determination to help her patients. She died in 1918 but lives on as one of the inspirations for Mari Sandoz’s Miss Morissa, “lady doctor” of the frontier. 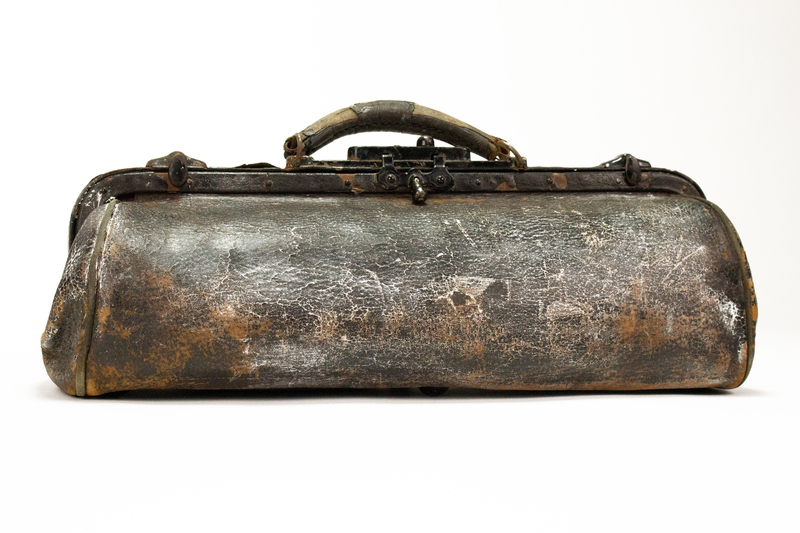 Courtesy of the Legacy of the Plains Museum

Dr. Fix traveled far and wide in western Nebraska to treat any patient who needed her assistance. If medical supplies were hard to come by, she improvised—roof shingles became splints, saddle stirrups became slings, and bedsheets became bandages. On one occasion, she used a silver dollar to repair a skull fracture. Dr. Fix’s home served as the town hospital and she later converted a barn into a sanitarium where patients could convalesce.

Dr. Fix was a bit of an anomaly in the rural communities of Minatare and Gering, Nebraska, where she practiced in 1886. On one occasion she received word of an injured cowboy and raced 18 miles on horseback to the ranch. Upon arrival she asked, “Where’s the patient?” The foreman replied, “Nobody’s hurt. We just heard about the lady doctor, and we had to see for ourselves.”

Discover primary sources related to Dr. Fix through the collections at the Legacy of the Plains Museum. 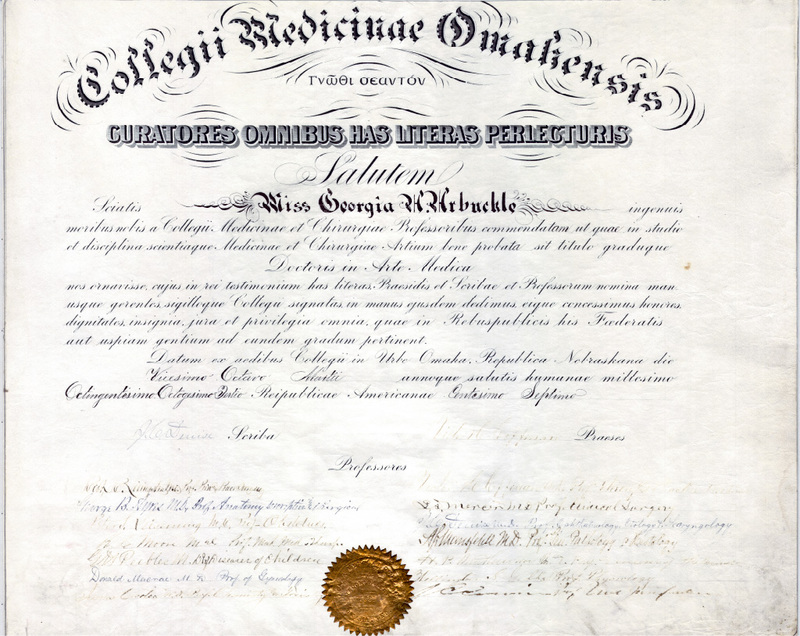 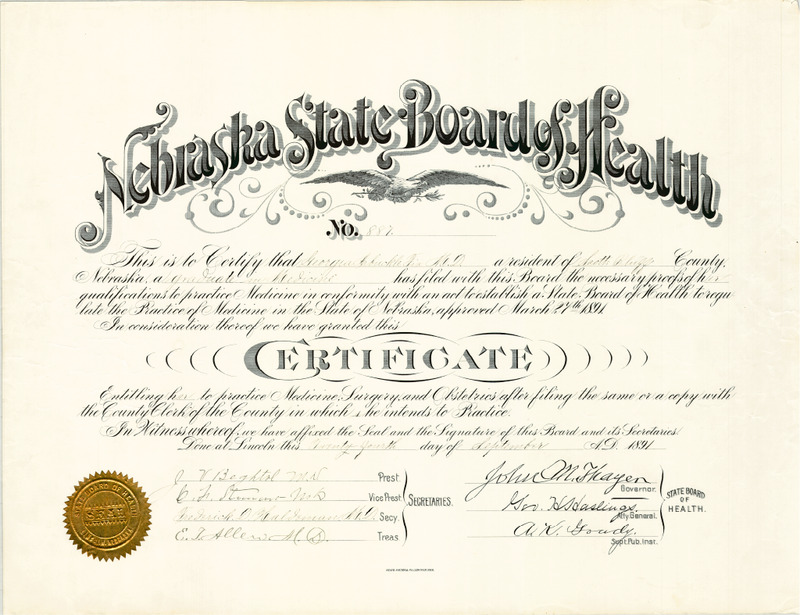 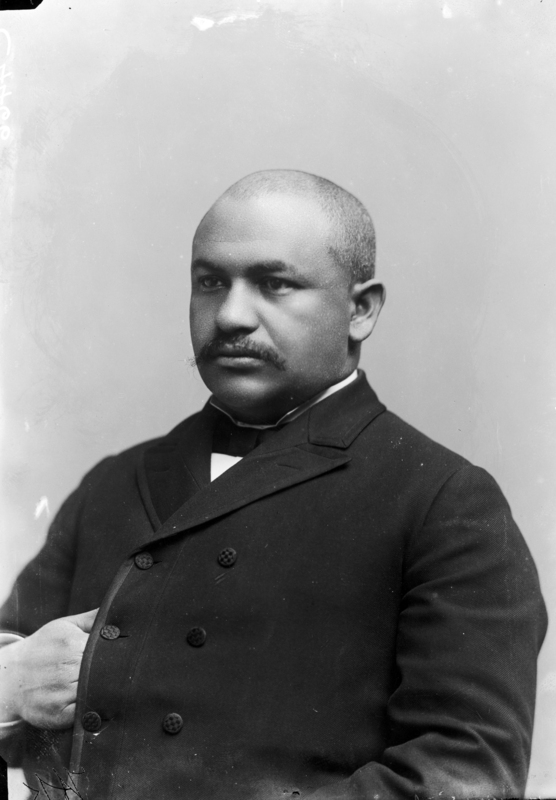 Matthew O. Ricketts, MD, while serving in the Nebraska House of Representatives, c. 1893

Born into slavery on April 3, 1858, Matthew O. Ricketts, MD, moved with his family from Henry County, Kentucky, to Booneville, Missouri, after the American Civil War. He completed a degree from the Lincoln Institute in Jefferson City, Missouri, in 1876 then moved to Omaha in 1880. He worked as a janitor to pay his tuition at the Omaha Medical College and graduated with honors in 1884.

Dr. Ricketts established his medical practice in Omaha and became known as a careful physician and charismatic leader in the African American community. He was elected Nebraska’s first Black representative in 1892 on the Republican ticket and served two terms.

In 1903, Dr. Ricketts and his family moved to St. Joseph, Missouri where he practiced medicine until his death at the age of 64. 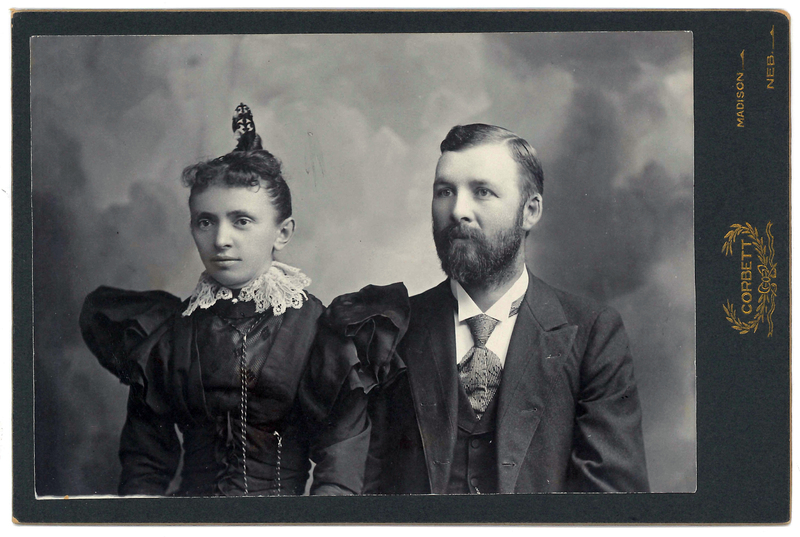 Francis A. Long, MD, opened his practice in Madison, Nebraska, in 1882 after two years of medical school and three years under a preceptor. Dr. Long cared for patients across the county. As a prairie doctor, he encountered everything: illnesses, broken bones, mental health patients, dentistry needs, and obstetrics cases. He joined the Nebraska State Medical Society in 1888 (president in 1906), established the Nebraska State Medical Journal in 1907 (editor in 1920), and joined the American College of Surgeons in 1915.

Discover more about Dr. Long’s experiences via his book, “A Prairie Doctor of the Eighties.” 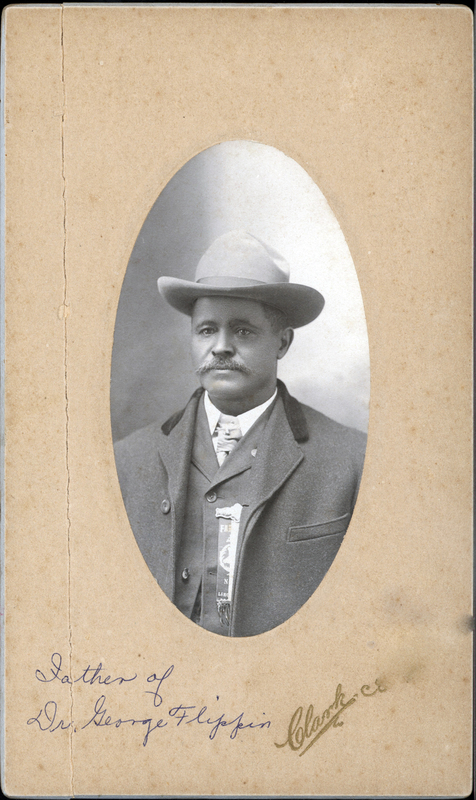 Proud Civil War veteran and prairie physician well-known for his dedication to women’s health, midwifery, and treatment of the underprivileged

Charles A. Flippin, MD, was born April 10, 1844, in Glasgow, Kentucky, to a white physician and an enslaved woman. In the early 1880s, he studied medicine at Bennett College in Chicago. After graduation, he became a practicing physician in Kansas. In 1888, Dr. Flippin and his third wife, Mary Belle Reed, MD, opened a joint practice in Henderson, Nebraska. They later moved to Stromsburg, where he and his son, George Flippin, MD, opened MaWood, the area’s first hospital. 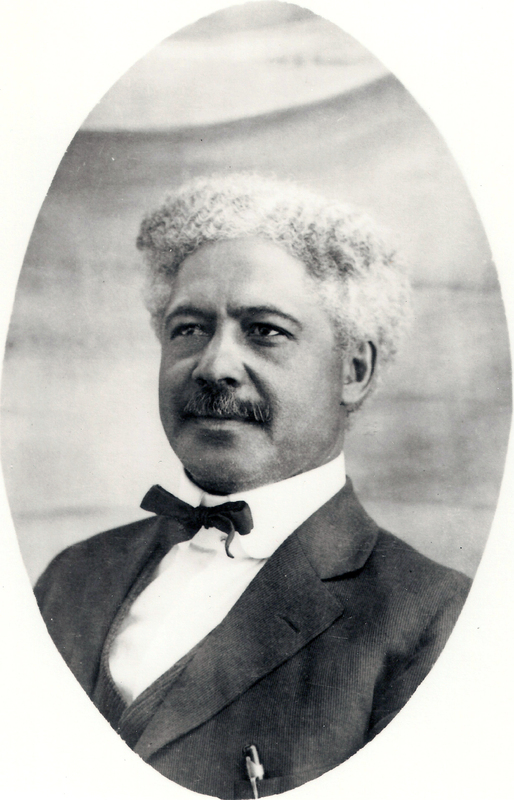 Born February 8, 1868, the son of Dr. Charles and Mahala Flippin, George Flippin, MD, attended the University of Nebraska-Lincoln from 1891 to 1894. In 1907, he and his second wife, Mertina Larson, RN, moved to Stromsburg, Nebraska, to practice with his father, Dr. Charles Flippin, and stepmother, Mary Belle Reed, MD. In 1910, they opened Stromsburg’s first hospital, MaWood. Throughout his career, Dr. George Flippin made house calls no matter the distance or the family’s ability to pay. 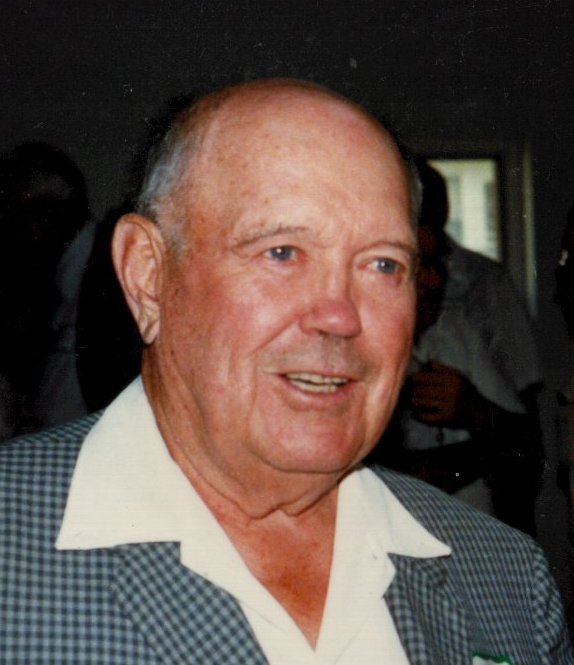 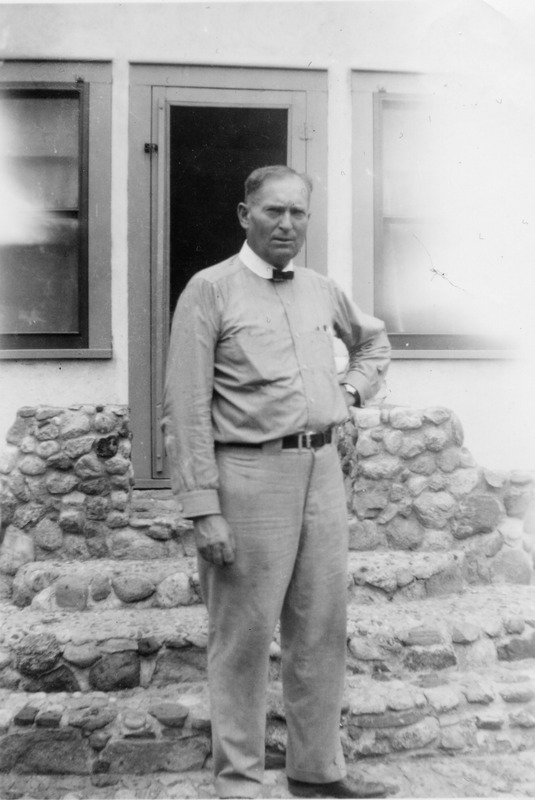 Charles H. Swift, Sr., MD, the second of three sons born to Moses and Marcia Everts Swift, graduated from the University of Iowa Medical School in 1904. He initially practiced in Nahant, South Dakota, before moving to Crofton, Nebraska, in 1911. There, he entered private medical practice until his retirement in 1961.

His eldest son, Charles H. Swift, Jr., MD, served in the Pacific Theatre in World War II. After the war, he established his own medical practice in Crofton, Nebraska, four blocks from his father. They eventually joined clinics after the elder Swift’s partner died. After Dr. Swift, Sr., retired, Dr. Swift, Jr., continued the family practice in Crofton until his death in 1993. 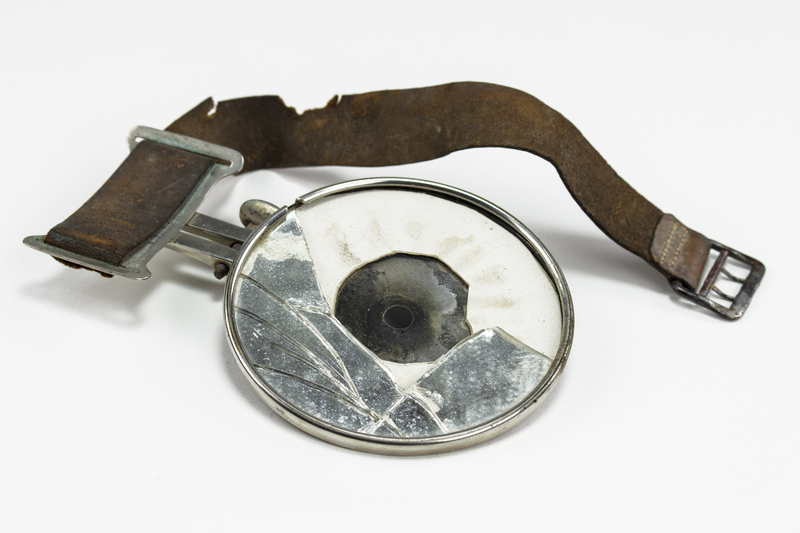 Before the hands-free headlamp for use during medical procedures, there was the physician's mirror. Commonly used by ear, nose, and throat specialists, the concave mirror reflected a focused beam of light toward the patient and the physician looked through the hole to better see in the mouth or throat. It was particularly helpful when removing a patient’s tonsils. 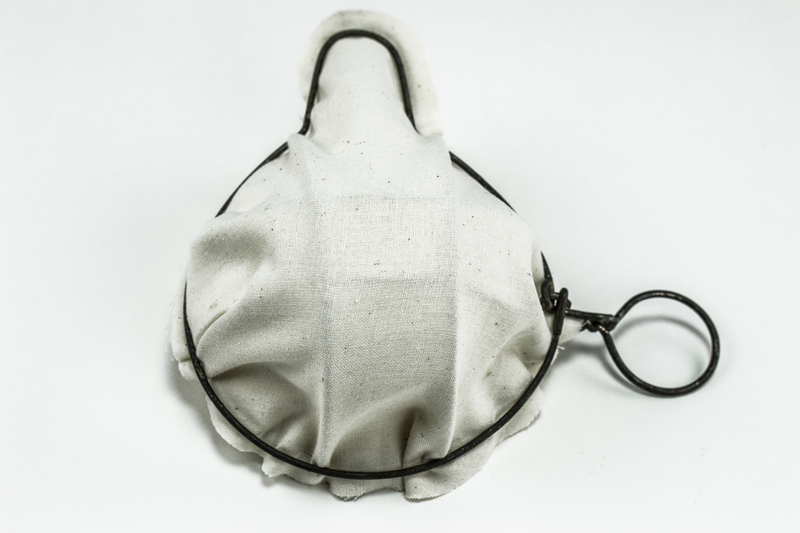 This wire frame anesthesia mask was used to cover a patient’s mouth and nose during surgery. Called “open anesthesia,” the wire frame was covered with a fabric or cotton gauze and either ether or chloroform was dripped onto the covering. The patient inhaled this mixture of evaporated anesthetic and air to remain unconscious during procedures. 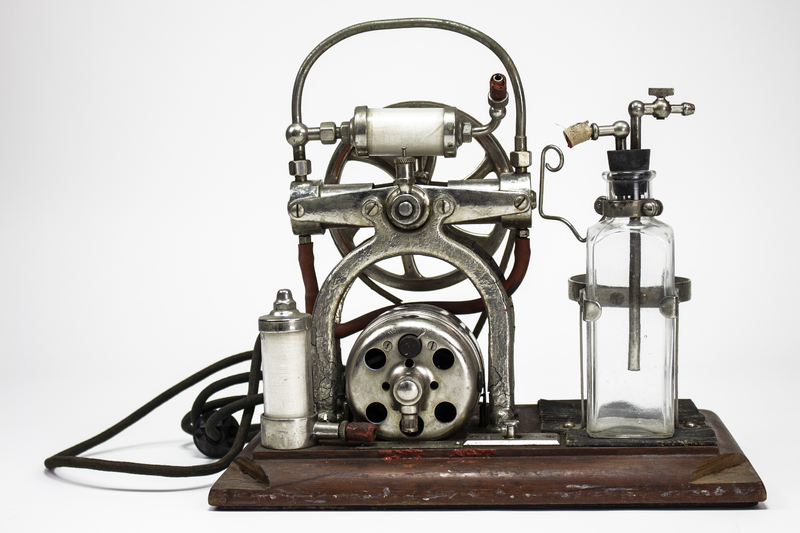 This pump was used to clear blood away from an area so that the organ or wound was clearly visible. Surgical pumps are still routinely used in operating rooms today. 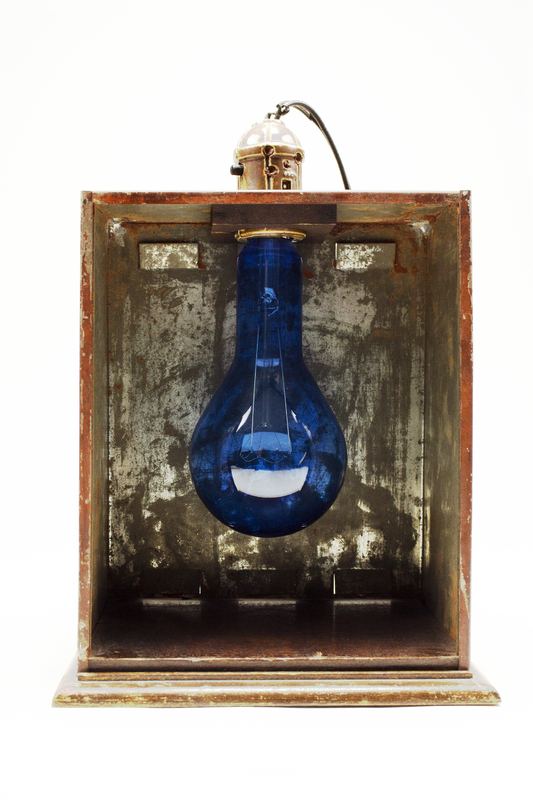 Wilhem Conrad Roentgen, professor of physics in Wurzberg, Bavaria, accidentally discovered the X-ray in 1895. During an attempt to pass cathode rays through glass, an incandescent green light escaped and projected onto a nearby fluorescent screen. Later he took an X-ray photograph of his wife’s hand that revealed the rays could view through the body and photograph bones. Since he did not know what rays these were, he named them “X” rays, short for “unknown”. 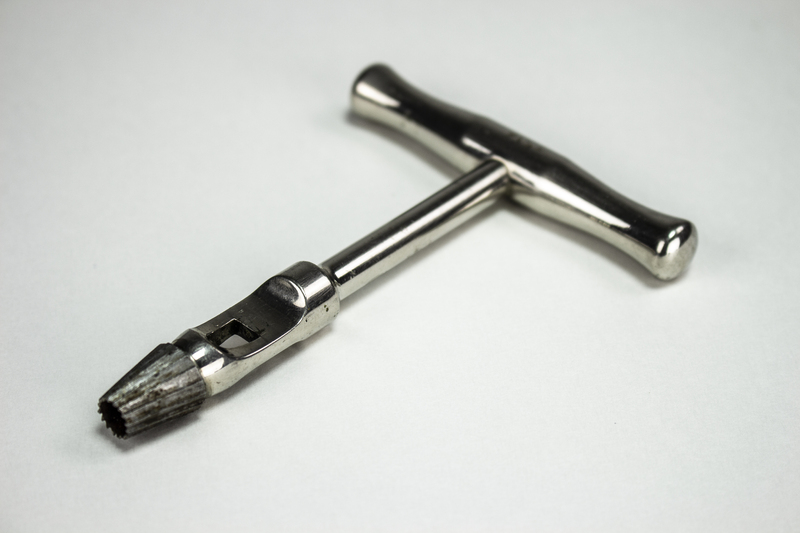 A surgical instrument with a circular blade, the trephine came in a variety of shapes. The two most common forms included one used to bore into bone and the other used to remove a piece of cornea during eye surgery. 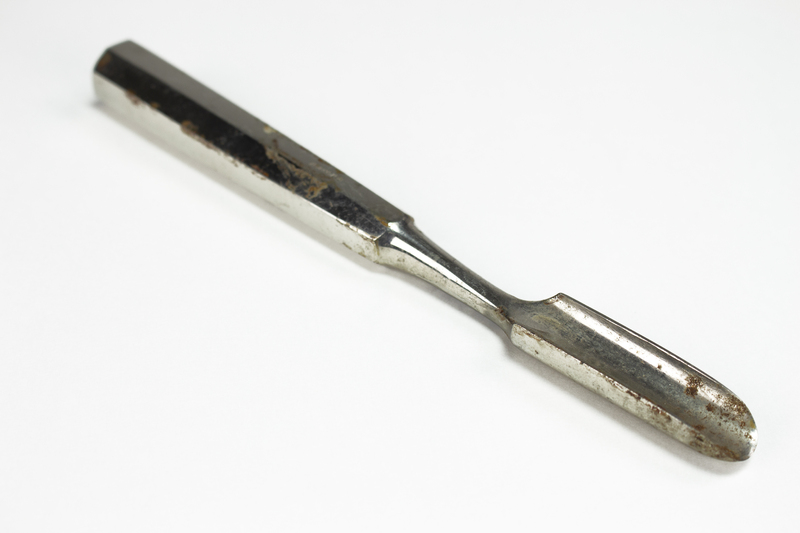 A hollow chisel used to cut into and remove portions of bone, the bone gouge is commonly used by orthopedic surgeons. 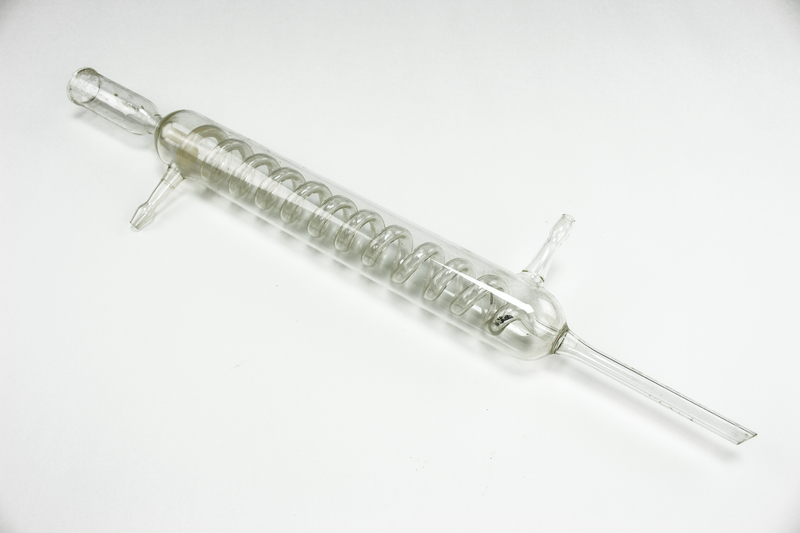 With the help of a mechanical engineer employed by the department, early UNMC physiologists made their own glass laboratory equipment. A. L. Bennett, MD, PhD, professor of physiology from 1934 to 1972, was thought to be the most proficient glass blower in the department. 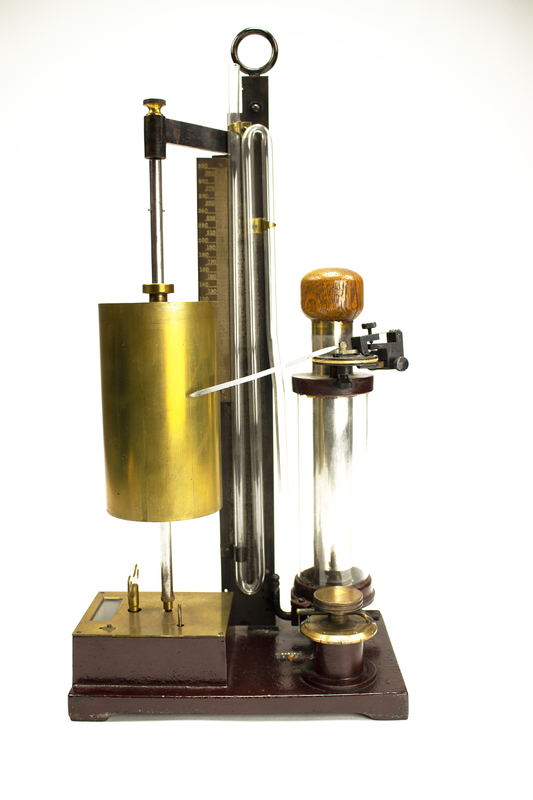 Used by UNMC physiologists for research purposes, this device measured a patient’s (human or animal) blood pressure. A writing needle scratched the results on a piece of smoked paper placed around the brass drum (kymograph). The results consisted of a line showing the peaks and valleys where there were blood pressure changes. These graphs were routinely included in anatomy and physiology publications.

Practicing medicine on the open prairie presented unique challenges that city physicians did not face—namely, having to travel several miles to treat patients. Saddlebags like these used by Robert Karrer, MD, of York County, Nebraska, were less than ideal because medicine bottles and other fragile instruments did not have adequate support. A later adaptation used by Charles Swift, Sr., MD, protected fragile medicines while traveling, then folded into a more presentable doctor’s bag when riding in a buggy or entering a patient’s home. 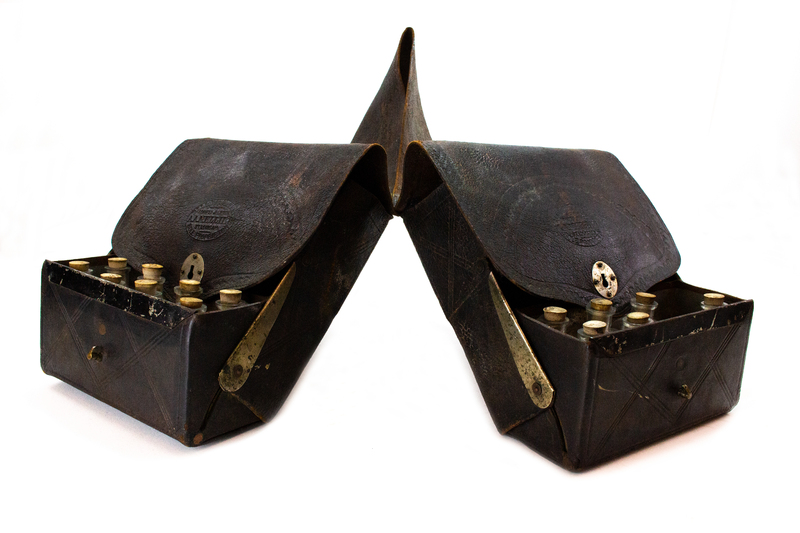 Donated by the Wigton Family, from the McGoogan Health Science Library Special Collections and Archives